From St. Francis Episcopal Church in Rutherfordton, North Carolina last week I drove to the Outer Banks (OBX) of North Carolina and spent four delicious days over the Memorial Day weekend at a beautiful National Park Service campground at Cape Point on Hatteras Island enjoying the sun and warmth as well as the sea and sand and catching up on my reading.

I’ve now finished John Dominic Crossan’s Birth of Christianity.  He is a very engaging writer, and I have very much enjoyed the book, especially as he draws very widely across a whole range of subjects and disciplines, tying them into his argument.  He is also not afraid to bring in autobiographical glimpses from his own life, which adds another dimension and helps to ground what he is saying in real life and experience.  However two criticisms: (1) he builds an awful lot on what seem to me rather precarious foundations.  He kind of admits this in that at numerous points in the book he talks about presuppositions and the importance of making these clear, and that if they are wrong then everything else from then on is also wrong.  It struck me that very big arguments were being made and conclusions drawn based on very minimal data; (2) at the end of the book I came away with the feeling that I still did not really have a clear idea of how Christianity came to be, and in particular of how things were in those years after the crucifixion of Jesus and before the first New Testament documents were written – that critical period of the 30s and 40s of first century.

I am now on to a book written mainly by psychologists and psychotherapists evaluating the work and contributions of Alan Watts: Alan Watts – Here and Now: Contributions to Psychology, Philosophy and Religion edited by Peter J. Columbus and Donadrian L. Rice, which I am very much enjoying (though I feel out of my depth at times!) and have almost finished. 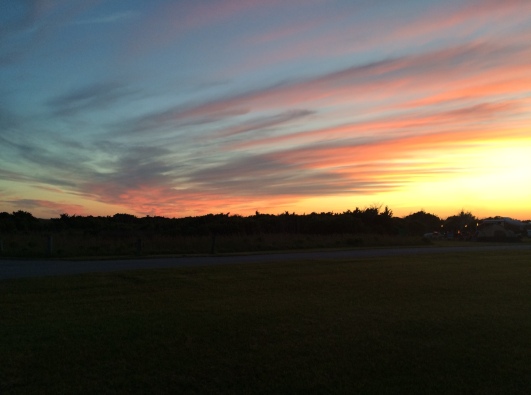 From North Carolina, I headed north to Pennsylvania staying with friends in Mechanicsburg and performing at St. Andrew’s Episcopal Church in York, PA.  I am now back down in Virginia where I will be performing at St. Stephen’s in Heathsville this afternoon.  This is the first of two dates that have been added to the tour – at quite short notice, so it will be interesting to see how many people turn up.  Then tomorrow (Trinity Sunday) I will be at Grace Church, Brunswick, Maryland where I did a summer vacation exchange in 2003; Monday I will be in Corbin, Kentucky then back to Wheeling, West Virginia on Tuesday for the second of the two late additions. Then I will be in Cincinnati, Ohio on Wednesday before heading to the International Thomas Merton Society conference in Louisville, Kentucky for four days during which I will be giving a workshop on “Poetry & Jazz: A Parable of the Soul.”  Then three more consecutive days of performances before heading way out to Maine for a performance and quiet day on Mark’s Gospel.  After that, the long journey home with dates in Michigan, Illinois and Wisconsin ending up in Penticton, BC for the last date of the tour on June 24.